The Isle of Tiree lies to the north of Islay and south of Barra and is the most westerly island of the Inner Hebrides. In the eighteenth century it was home to ‘no less than fifty distillers’, yet the island’s connection with the Scotch Whisky Industry has long been lost.

This was until island locals, Alian Campbell and Ian Smith formed the Tiree Whisky Company to preserve and promote the island’s whisky heritage. Following on from the success of their first spirit, The Cairnsmuir – a limited edition 19-Year-Old Highland Single Malt Scotch Whisky, Tyree Gin was launched in 2017.

A gin to reflect the island

Tyree (the old spelling of Tiree) Gin was created to celebrate the stunning landscape where it is distilled. Produced using Kelp harvested from the icy waters and a range of botanicals from the machair ground inland from the shore of the island combined with juniper, water-mint and angelica, this is a fresh, pure island spirit.

And now, after eighteen months of contract distilling in London by Thames Distillers. The company is celebrating the release of the first island-distilled batch of Tyree Gin. Sales of the London-distilled gin helped to fund the renovation of an industrial shed in West Hynish in the southwest of the island and a 250-litre G-Still was installed there in late 2018.

The island has a proud tradition of exporting world-class shellfish and livestock products and we are delighted to be adding to this. We have had a great deal of support from the local community and we hope that this venture will help the development of the island both socially and economically by stimulating local employment and encouraging new visitors to the island. 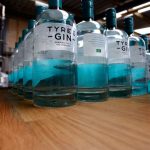 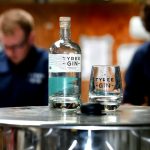 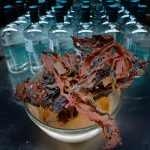 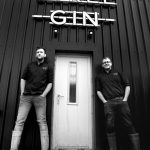 Tyree is one of a number of Scottish Gins, previously produced elsewhere to come home to be distilled in the Hebrides in 2019 and at The Scottish Gin Society, we celebrate this exciting time for the islands.

To celebrate Tyree Gin’s return to Tiree, we worked with The Mixology Brothers to create a unique celebration cocktail, called ‘We still have thyme’ Get the recipe here.