This gin was borne out of one man’s desire to have a gin that represents Glasgow and its unique character. For Andy McGeoch, this has been a labour love – the idea of making a gin was percolating for several years, and eventually became a reality in 2017 with Glaswegin.

Over the course of 2 years, the flavour profile was developed with a well-known spirits consultant. Andy has always been a gin drinker, so knew the flavour profile he was after. Together they devised the recipe to produce a very ‘drinkable’ gin, with an interesting array of botanicals, most notably Milk Thistle.

From the heart of the city

The gin had to be made in the heart of Glasgow, giving the brand’s identity and without a distillery of their own it is made by the supremely talented Illicit Spirits, based in Tradeston (Southside of Glasgow).

In parallel to the gin development, bottle design was obviously front of mind – the bottle not only had to have stand-out on any shelf but had to reflect Glasgow – industrial, inventive and innovative, with quintessential no-frills honesty. 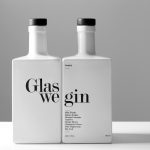 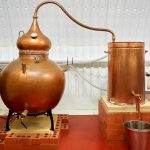 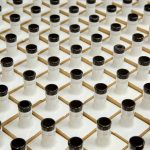 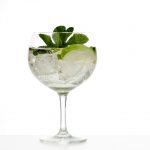 We were lucky enough to meet the creative mind behind the bottle – Paul Gray and as he pointed out, the Glas we gin is positioned in such a way as to be phonetic rather than look like a spelling mistake. Which is something that we hadn’t even considered but makes perfect sense!

Glaswegin only launched in December, but feedback has been extremely positive, with sales going well and distribution channels lined up. To get your hands on Glasgow’s latest gin, check out their brand new website – just launched this week!

When we asked about perfect serve, apple and mint complement the gin, as does pink grapefruit, but Andy was keen to emphasise that this gin doesn’t really need a garnish, just some ice and tonic. This is an ideal straightforward gin, like the city and its people it was made for.

On the nose: juniper led with sweet citrus notes

On the palate: starts of juniper, which gives way to fruitiness, with real depth of flavour

On the finish: smooth, fresh and moreish