We met Peter Dignan from Lost Loch Spirits in February at the unveiling of eeNoo Gin and were lucky enough to get an early taste of it – see our Featured Gin section.

He kindly gave The Scottish Gin Society an open invitation to come and visit the distillery in Aboyne and, though it has taken us a while to honour, we finally made the trip.

Lost Loch Spirits is home to eeNoo and a couple more Scottish gins that Peter and his business partner Rich Pierce are making on behalf of other Aberdeenshire brands.

The distillery is housed in Deeside Activity Park, which was once the playground of oil-rich executives for aerial treasure hunts. It has two (now decommissioned) army tanks in the grounds but thankfully we found that there’s more down-to-earth activities for all age groups to enjoy!

Peter and Rich, the co-founders and distillers, met through their children – two dads wanting to embark on something new and interesting that they could fit round their families and their professions. Peter is from a long line of distillers, who have always lived in the heart of the Highland whisky community.

There are copper stills in the distillery, but they use a 500-litre I-Still called Hall 9000 to distil their gin. The space is pretty vast, and they have done a lot of work to date on it. The distillery and was home to one of the NOISE opera Navigate the Blood performances. This extra space is part of the grand expansion plans – with a visitor’s experience due to open in Spring 2019. The ambition is fantastic and it’s sure to be a great place to visit, especially as both men are so effusive about their plans (and everything in general). 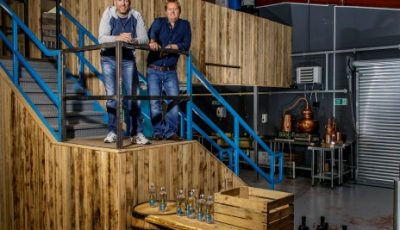 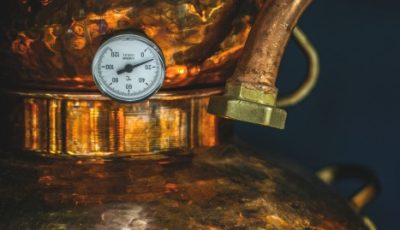 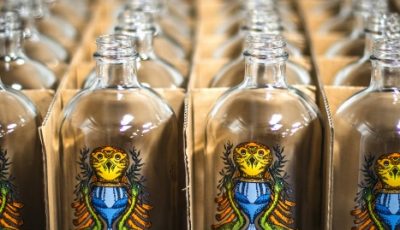 It was such a joy to spend time with them and chat about all things Scottish Gin.

Not content with making gin and using locally sourced botanicals, they also make the first Scottish absinthe Murmichan, with an interesting version sitting in casks just now; and possibly the tastiest whisky liqueur – Haroosh infused with bramble berries and the same Deeside honey as eeNoo. Haroosh is based on a century-old family recipe, and if you eat meat, it goes particularly well with venison.

We only got lost once trying to find Lost Loch Spirits, and it’s safe to say that when they open their doors to everyone next year, it is a place you will no doubt go to time and time again. We’ll keep you posted on the progress, but in the meantime if you want to try any of their range, you can buy them here.