Picture the scene: four friends sitting around a kitchen table having a gin or two and feeling inspired by a gin-making experience at a well-known distillery (and probably emboldened by the gin).  Before you know it, the idea for a new Scottish Gin is born.

It’s probably a scene that’s repeated often and comes to nothing, however, when the friends in question were Maxine & Ryan Grant and Kirstin & Ruaridh Jackson, it wasn’t a dream that would be forgotten the next day.  Because that night, in that room, The Garden Shed Drinks Co. was born.

The concept was something they all agreed on.  A clean tasting Glasgow gin, the recipe for which was created in their garden (yes, they really did this!), using locally-foraged botanicals.  Some of those botanicals grew in their own garden, their neighbour’s garden and even in the lane behind their house.

Then the hard work began. 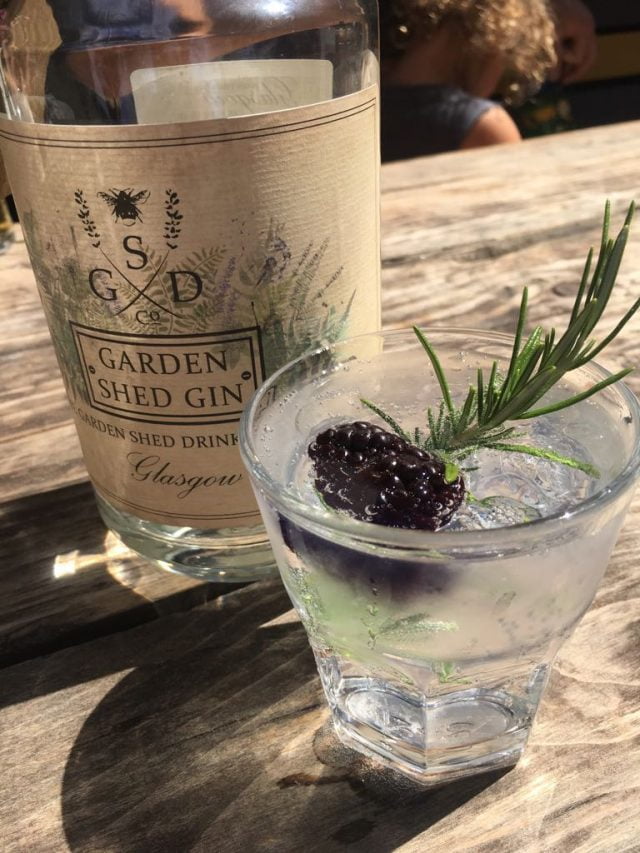 Luckily the team each brought to the table unique skills and experience to make their dream happen.

Ryan was just finishing his BSc Environmental Science following a career in the army and 12 years in the world of professional rugby.  No stranger to a bit of pressure and with a great knowledge of sustainable practice, he’s the driving force behind the business.

Maxine used her background in hospitality and the beauty industry along with her creative skills to bring the brand’s personality to life on the packaging and marketing materials.  And, having grown up in the wild in Africa, her love of nature means she makes sure the business is environmentally-driven.

Kirstin is a confirmed gin-enthusiast with a career in landscape architecture. Also a confirmed nature-lover, she brings her graphic skills, passion knowledge and creative eye to the team.

Ruaridh (who describes himself as the lesser half of team Jackson) also has a passion for gin (and other drinks).  Having played professional rugby for the last 12 years, he’s a well-known face for the brand, but it’s not so well known that he is also committed to helping the environment.

So, with this amazing mix of experience, Ryan and Ruaridh (who learned their gin making skill from Eden Mill) set about experimenting in the kitchen and then in Ryan and Maxine’s garden in Glasgow’s west end. The famous garden shed was originally intended to become a licensed micro-distillery, but red tape made this impossible. 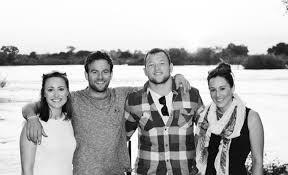 Maxine and Kirstin worked hard to create the brand and bottle design. Their beautiful bottles are hand-finished with twine and wooden labels, predominantly by Maxine.

The result was the crisp-tasting London Dry Garden Shed Gin. The gin boasts a range of local botanicals including blackberries, lavender and dandelion root. It is currently being distilled at Eden Mill Distillery, but the team plan to launch their own sustainable distillery that not only blends into the environment, but also harnesses the gifts of nature to create Scottish Gin, and other fine spirits.

Fitting with the team’s love of nature and their wish to blend in with, and protect the environment, a portion of profits made from Garden Shed Gin are directed to Scottish environmental charities, The Bumblebee Conservation Trust and Trees4Scotland.

Thanks to the dedication and hard work of the team, Garden Shed Gin, has been produced, bottled and is available to buy from the following outlets:

The gin itself promises a clean and fresh taste with citrus and fruit notes.  We’re very much looking forward to tasting this and bringing you our verdict.  As they say at The Garden Shed Drinks Company “Save the planet, one drink at a time.”  We’ll drink to that!