Gin and Tonic.  Although by nature gin is an experimental spirit, these two words (and drinks) go together “like Fish and Chips”.  And there is growing evidence to suggest we are becoming just as obsessed with what we put in our gin as with the spirit itself.

At The Scottish Gin Society, we love to learn about and promote all things to do with Scottish Gin, and we think this definitely includes tonic.

Taking into account the astounding growth in the Scottish Gin industry (over 100 gins and counting…) it’s not surprising that Scotland now boasts its’ own range of tonic brands.  We’ve taken a look at the four main brands below.  But first, a wee bit of history of the nation’s favourite gin mixer.

The word tonic suggests something with medicinal qualities and that is indeed the reason for the first tonic waters invention.  In the 1800’s, The British Empire was spreading, colonising a number of countries, including India.

However, the tropical climate meant that malaria was rampant amongst colonists and so, tonic water, infused heavily with quinine, an extract from the cinchona tree, became a popular drink to ward off the symptoms of fever.   In fact, the tree was known as the ‘Fever Tree’ because of the medicinal qualities of the bark.

Initially very bitter, due to the amount of quinine in it, legend has it that gin, sugar and citrus fruit were added to tonic to make it more palatable.  And so, the legendary Highball (or G&T) was born.

From colonial India to 21st century Scotland, we now have a choice of Scottish tonics, including:

Bon Accord – A classic reinvented

The iconic glass bottles produced by Bon Accord were commonplace in many Scottish homes for over 100 years. Founded by the Robb family in Arbroath in 1903, Bon Accord delivered soft drinks and cordials direct to homes in crates all across Scotland
The business closed in 2000, but was reinvented and re-opened in 2016 by the great, great granddaughter of the original founder, Karen and business partner, Nathan. Bon Accord now offers a range of naturally sweetened
soft drinks and mixers, including tonic water.
Bon Accord Scottish Tonic Water has a clean crisp flavour, with just a hint of citrus and vanilla. They say it contains a little less quinine than other tonic waters, so it is slightly less bitter. This is good news for those of us who like to taste the gin in our G&T.
The team at Bon Accord have also recently collaborated with Lucky Liquor in Edinburgh to launch a salted pink grapefruit soda, which makes a perfect summer gin cocktail!
Available in original and light, you can purchase Bon Accord tonic water here.

Cushiedoos – The natural Scottish tonic with no quinine

That’s right, a tonic water with no quinine.  Cushiedoos (pronounced coo-she-doos) is a new and uniquely made mixer that promises a tonic that’s ‘superior by nature’ with no quinine, no artificial ingredients and 24% less sugar than the market leader. 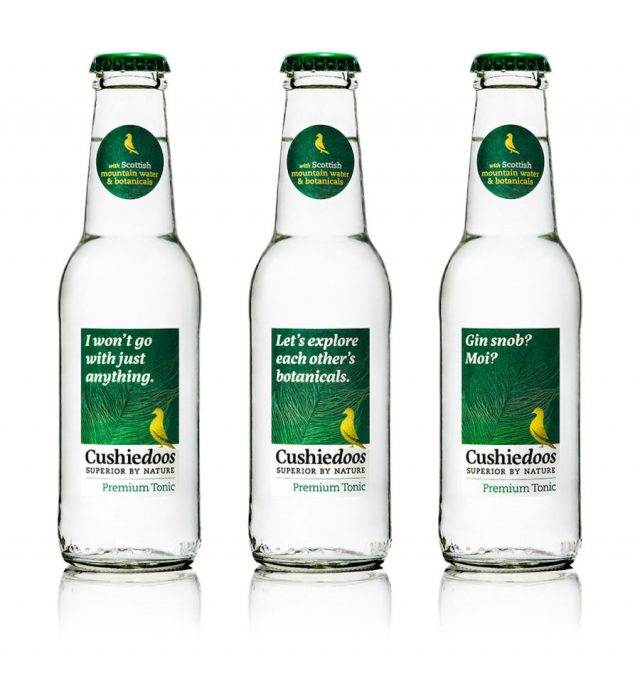 So what is in it, then?  Cushiedoos ingredients include natural Scottish mountain water with a blend of Scottish heather, Scottish silver birch (hand harvested in the Scottish Highlands), yellow gentian and wormwood (now being cultivated in Scotland).

Andrew Ligertwood, the creator of Cushiedoos tonic, explained that whilst Scotland is on the world stage when it comes to so much of its national produce, there was a glaring absence of any premium tonic made with Scottish ingredients.

Andrew says “Scotland has a reputation for excellence when it comes to our amazing natural larder. It struck me, as I was enjoying a gin and tonic – the gin was made in Scotland but the tonic wasn’t..”

But what about the name?  Well, apparently Cushiedoos originates from the Scottish word for wood pigeon, who pair for life… just like the enduring a partnership of a G&T.  The wood pigeon features on their quirky packaging and promotional materials – take a look at their website here. 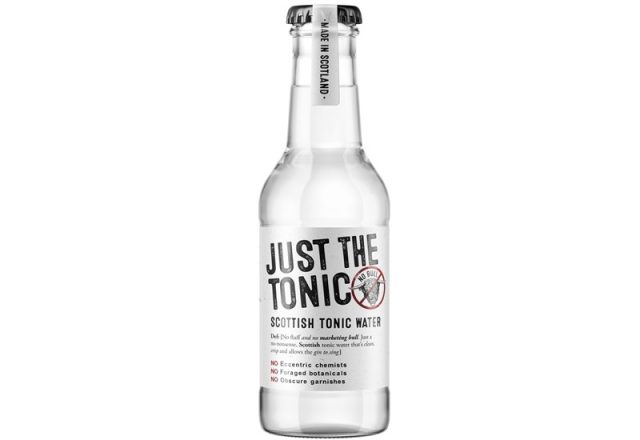 Setting itself apart from the rest with a dry Scottish wit, the team behind the brand new Scottish tonic Just The Tonic say they’re proud of all the things they didn’t do when creating their tonic water.

So they say they didn’t walk barefoot through a field to hand-pick 30 different ingredients or fly to South America to select the finest quinine. They aren’t paired exclusively with 500 unique gins (and apparently they don’t even sport top knots or oily beards).

Instead, their focus was simply to make a great tasting tonic water, made 100% in Scotland, that’s clean and crisp, allowing the flavours of our wonderful range of craft gins to shine through. You can try it for yourself, Tennent Caledonian will be the exclusive on-trade distributor for Just The Tonic and it will be coming to a bar or restaurant near you from July.

Finishing with the Scottish tonic that started it all.  Summerhouse Drinks created Walter Gregor’s tonic back in 2015, to add to their range of natural soft drinks. 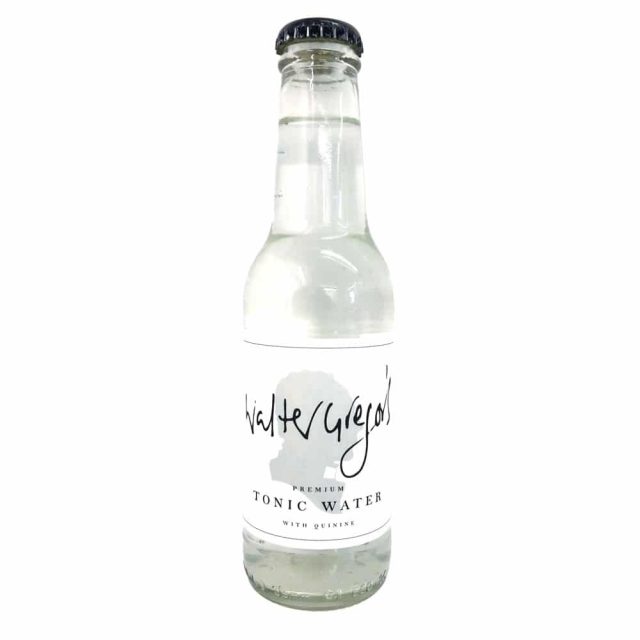 The tonic water is made and bottled in Scotland using quinine, cinchona bark, citric acid and a mixture of botanicals, many of which are grown in the

garden of the manse once inhabited by Walter Gregor himself.

Walter was a local Scottish folklorist, linguist and minister of religion. His anthropological research work won him an international reputation and it’s after him that this original Scottish tonic was named.

Walter Gregor’s is handmade with all-natural ingredients, infusing mint and other botanicals with citrus fruits giving a clean, crisp taste.

At The Scottish Gin Society, we are genuinely excited to see the range of Scottish-produced tonics and mixers grow.  As a country, we have a vast and unique range of natural resources and ingredients and it is great to see these put to use in our tonic waters, as well as our gins.