International Women’s Day is held on 8th March each year and is a global celebration of women’s rights and the important roles that women play in society today. Since its beginnings in the late 1800’s, the women’s rights movement has moved from winning the right to vote to tackling gender inequality and celebrating diversity in society, industry and business.

We’re proud to see women represented in, and often at the helm of, so many of the businesses that make up the Scottish Gin industry (our organisation included) and we thought it was worthwhile taking a moment to celebrate female inclusion in what might often be thought of as a male-dominated industry.

While, on this International Women’s Day, we raise a glass to all the women who play a part in the industry, in this article, we decided to feature some of the women who actually create the spirit.

We spoke to some of the female distillers of Scottish Gin, to get their thoughts on what it means to be a woman in their industry and role.

Alyson Jamieson, together with her husband Ross, fulfilled her dream to bring distilling back to the Royal Burgh of Linlithgow when they opened Linlithgow Distillery and launched LinGin, and more recently, 4 Mary’s Gins (inspired by Mary Queen of Scot’s 4 ladies-in-waiting). Here are Alyson’s thoughts on gender diversity and being a female distiller in Scotland: 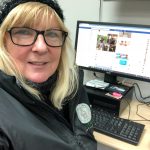 temperatures with the best of them!  There are so many husband/wife teams in gin distilling now that it is becoming easier to gain the respect of fellow male peers, although I would stress that this respect usually only follows if you are actively involved in the creation and distillation of your products.  When I talk to other distillers, it doesn’t matter their gender, if they are as passionate about their craft as I am then there is mutual respect.

I’m just really proud to be a distiller full stop.  It is such a fascinating craft and I love learning new tricks and skills every day. And creating a product that someone says “Wow!” to is just an amazing feeling.

There is quite a large gender diversity in the gin distilling world already but the whisky distilling world is still mostly dominated by men.  With the launch of new small-batch gins all over the country in the last few years, it’s great to see so many women taking their place amongst the men in this field.   But whilst male opinions may take longer to change, it is great that so many males in this industry are already coming round to the fact that we women have a valid contribution to make in the distilling world.

By chance rather than by design we are an all female distilling team and the only way our gender has influenced our experience is to actively promote a flexible work environment, particularly as we have families. Opportunities for work for women are very restricted in remote rural areas which was why we decided to create our own distillery and make our own opportunities.

We’re proud to be distillers, regardless of our gender because it’s a job that combines many of our passions – be it plants and growing or our love of the place. Plus we get to run our business on our terms and give ourselves the flexibility we need to maintain a work/life balance.

Half of another husband and wife distilling team, Lorien Cameron Ross was a GP, when she and her husband, Kevin decided to create a premium gin from the Scottish Highlands that the local community could be proud of. Launched in 2016, they have been distilling Loch Ness Gin and the Legends expressions on their family estate, using botanicals picked from the banks of the legendary and mysterious Loch Ness.  Here’s what Lorien had to say: 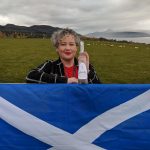 Over the last few years I have felt welcomed by most despite it being a male-dominated industry. The only time this wasn’t the case was when a distiller in a rural French absinthe distillery suggested I couldn’t make absinthe because I was a woman. Exactly 12 months I returned there to win the gold medal in a world absinthe competition!

I am proud to be living proof that it is possible to work at a high level in the industry, regardless of what gender you identify with.  I know some great female distillers but if we look at the general population being 50% women, then there should really be some more. I think we have a responsibility to look at what might be the barriers to that being the case and what could be done to remove them. I met my first transgender distiller in France last year. To be truly diverse, the Scottish Gin Distillery industry needs to represent everyone.

Jill Brown founded Moray Distillery, home to Avva Scottish Gin and Berry Good Gin Liqueurs in 2016.  She has always had a passion for creating small-batch gin and became a full-time distiller at a time when Speyside had only two other gins. Being the first gin in Elgin, Jill is unique in having her own bespoke made copper still, also from Speyside.  The past three years have been met with challenges as well as many successes. Jill has taught herself the art of distilling a unique Scottish Gin and has selected local botanicals to use within it. Jill comments: 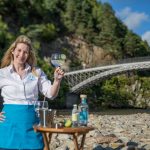 Setting up any business from scratch is hard and the first few years of building the Avva brand has had challenges.   With the first few years also involving being also pregnant and taking care of my little girl.  This has made me more determined to make the brand a success and share the Scottish Gin story, not just in Speyside but through exporting too.’

This International Women’s Day I want to share that women can start and build successful businesses no matter their background or the idea they have.’

Leah Dunlop is Head Distiller of Uisge Lusach – The Gaelic Gin – on the Isle of Skye. Distilled using an ex-illicit whisky still and the softest waters from Skye, the gin follows in the Gaelic whisky traditions. Leah says:

I may be looking at it from a privileged position, but as a female distiller in a strong female-led and owned company, I’ve never felt 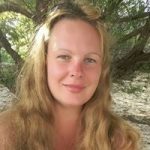 like the gin distillery industry is dominated by men – there are some inspirational women established in leading roles in the industry, who I was aware of before I became a distiller (having been a gin drinker longer that I’ve been a gin maker).  I’ve never felt outnumbered at events that we’ve attended, but do find that people are very interested in what I do.

Unlike the long-established, typically male-led whisky industry, we have the exciting opportunity in the still (relatively) early days of the Scottish gin boom to inspire, encourage and support any young person who has an interest in the industry.

Launched in Spring 2018 on a small livestock farm in the hills of Forth, South Lanarkshire, The Wee Farm Distillery is headed up by Jenny McKerr and her 30l micro still ‘Morag’. Jenny’s creation – Drover’s Gin – is slowly infused using traditional botanicals with a native twist to craft small batches of gin which are then bottled and labelled 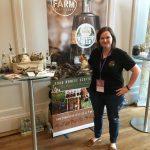 in the distillery.
Jenny also uses her skills to create a large range of gin liqueurs. When we asked Jenny about being a female distiller, here’s what she had to say:

I have worked on farms and had a career in the meat industry, both of which are male-dominated environments, without any issues at all. If you have the capability and right mindset to take on a job, gender is irrelevant.
I’m proud to be a female distiller as I can relate well to our consumers and create gin that everyone (regardless of gender) can enjoy.

Beinn an Tuirc Distillery is a great example of how the Scottish Gin industry is embracing sustainability. From their support of local communities, use of renewable hydro energy and local spring water, the distillery behind the award-winning Kintyre Gin ie leading the way in ‘green’ distilling.  Using 12 sustainably-sourced botanicals, head distiller Su Black channels her passion for gin-making into her day job. Here’s what she says about being a female Scottish distiller:

Having come from the oil and gas industry which is extremely male dominated I have found the drinks industry to be more receptive.  The advancement of females in distilling roles is increasing. More than 25% of my university course were ladies looking 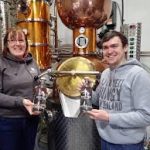 to join the industry as distillers, brewers or a variety of technical roles.

Feedback I have received personally at festivals or customer facing events includes some men being impressed and some ladies being delighted to know that we are “holding our own” in the industry!

The craft spirits industry is undoubtedly on the increase which offers more opportunities within young and dynamic companies which are not saddled with the history and tradition. From my own perspective, I have experienced nothing other than support and encouragement from both sexes!

I’ve studied and worked hard to change career and become a distiller. The satisfaction gained from developing new and interesting flavour profiles is very rewarding, especially when the consumers give you great feedback on your products.

Thanks to all the brilliant women who took the time to talk to us for ths feature. It is really heartening to see that each of them feels that the Scottish Gin industry is a truly diverse playing ground.

Happy International Women’s Day to all our followers. We’ll raise a glass to the trailblazing women (and their male colleagues) who continue to create so much great Scottish Gin!