The Shetland Distillery Company (producers of Shetland Reel Gin) are launching a new expression “Up Helly Aa” to celebrate the Lerwick Fire Festival.

Well, it’s a variety of fire festivals held annually in the Shetland Islands in the middle of winter to mark the end of the yule season. The festival in Lerwick sees a procession of up to a thousand people s who march through the town or village in a variety of themed costumes.  That explains the fire, then!

The new gin is the result of a unique ageing process and comes in innovative new packaging.  It’s strong! A Navy Strength gin (57% ABV), aged in an ex-sherry cask which had one filling of a single malt Scotch whisky before being shipped to Unst for the gin ageing. The result is a one-off gin that is sure to be keenly sought after.

Following the recent acclaimed packaging re-launch of the core gins, the Up Helly Aa has had its own facelift, including a transparent back label complete with an interpretation of the Guizer Jarl. 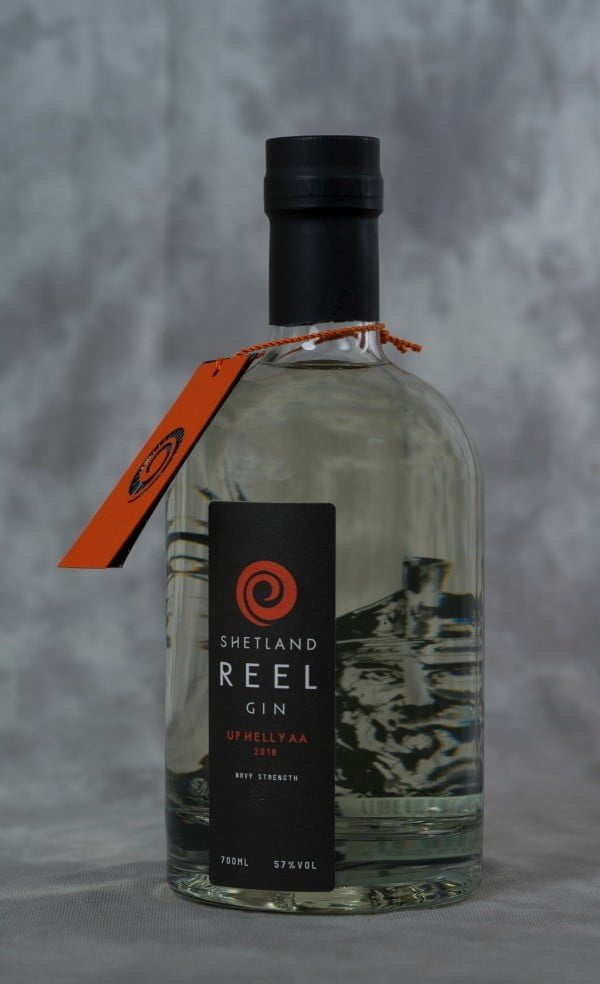 This year’s Lerwick Up Helly Aa Guizer Jarl Stewart Jamieson said the new gin had become part of the annual tradition. He says “The Up Helly Aa gin is very good. It is made in Shetland and helps to promote Up Helly Aa, which is excellent.”

Once again bottles of the limited edition gin, distilled and bottled in Unst, will be presented to members of the Lerwick Up Helly Aa committee.

Shetland Distillery Company director Debbie Strang said: “After the extraordinary success of our first two Up Helly Aa gins in 2016 and 2017, we’re pleased to be following up with what is a unique and new-look 2018 version.

“We are delighted with the support we have received over the last three years from guizers jarl and the committee.

“From all of us, we’d like to wish Stewart and his squad the very best for their big day.”

The gin will be available in 70cl and 20cl bottles, priced at £45 and £20 respectively, and go on sale online shortly.