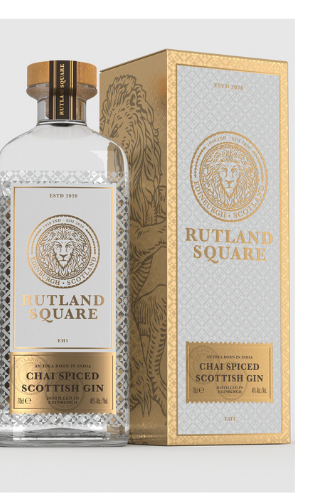 Rutland Square Gin is a boutique craft gin created in the heart of Edinburgh with inspiration from the East. It’s the world’s first single estate Oolong white tea infused Spiced Gin! The gin takes inspiration from the modern and traditional- a perfect fusion of both. Its creation follows a personal story, very rare and unique, which begins in India and travels across the globe to Scotland, mixing two cultures in the form of a unique and complex sipping Chai Spiced Gin!

Founder Nishant Sharma spent over nine years unfulfilled working in banking, but during a visit to India for his grandmother’s funeral, he learned his family had a history of distilling spirits giving him the inspiration to create unique gin recipe and brand.

Rutland Square in Edinburgh is home to the Indian Consulate. An important building that joins Scotland and India, through collaboration. The gin’s marque lion represents both Scotland and India. Lion rampant of Scotland has been incorporated into both the royal arms and royal banners of successive Scottish then British monarchs. The State Emblem of India is Lion, it represents power, courage, pride, confidence. The Mauryan symbolism of the lions indicates ‘the power of a universal emperor (Chakravarti) who dedicated all his resources to the victory of dharma.

But the real wonder of the gin is its unique mix of botanicals, including Oolong tea that adds a soft floral note among the balanced flavour from the 12 other ethically and sustainably sourced botanicals from around the world. 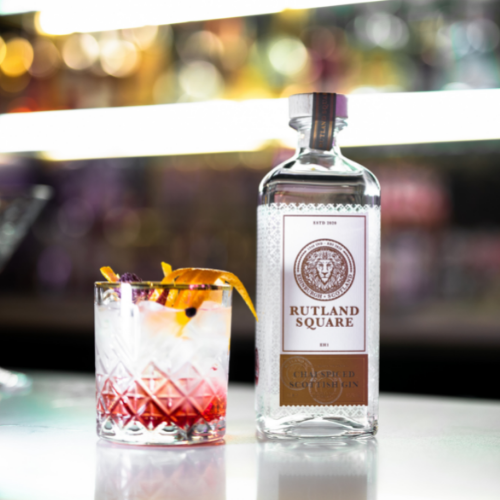 On the Nose: – Initial hit of Juniper and sweet citrus, followed by the hint of spice for the star anise and caraway with a hint of spice and earthy smoke.

On the Pallet: -The initial hit of Juniper and citrus gives way to a bold sweet spice of Caraway, Star Anise, and Cinnamon on the mid pallet which is balanced by the spice from Cloves, Black pepper, and cardamom.  The Flavour journey is then completed with the soft lingering spiced earthy tones from the vetiver and soft floral note from the oolong tea.

Rutland Square Chai Spiced Gin is perfect when served with fever tree Mediterranean tonic water with a garnish of a Rosemary Sprig and Orange Peel. 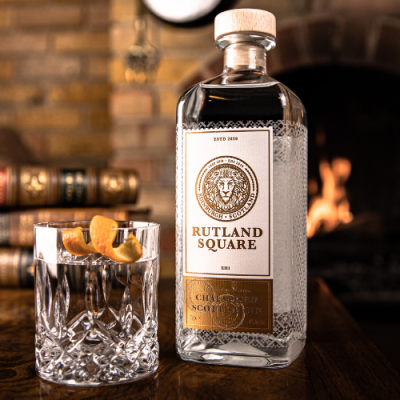 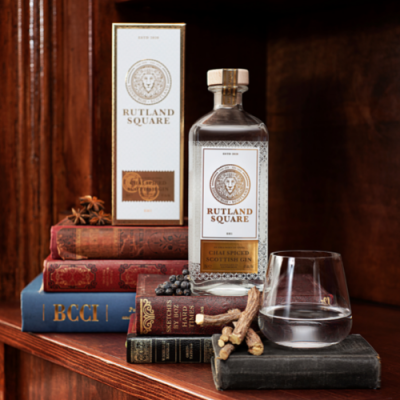 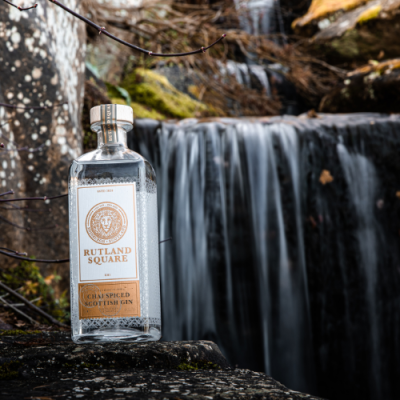 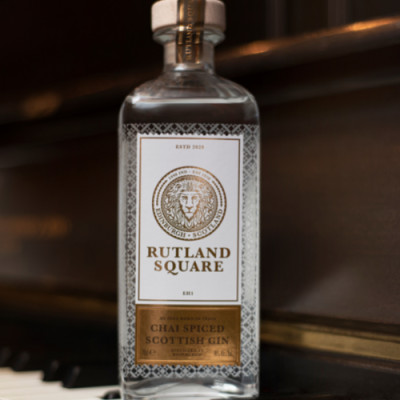