I was up in Dundee and St Andrews at the weekend and this gave me the opportunity to pop in and meet a very happy Andrew Mackenzie – why was he so happy? Well, Andrew is the MD and distiller of Verdant Spirits, and his Verdant Dry Gin won two of the top prizes at the inaugural Scottish Gin Awards.

The first batch of gin was made in April of this year, and fought off competition from 16 other contenders to win the gold medal in the London Dry category and went on to win the judges prize for the best gin in the competition. 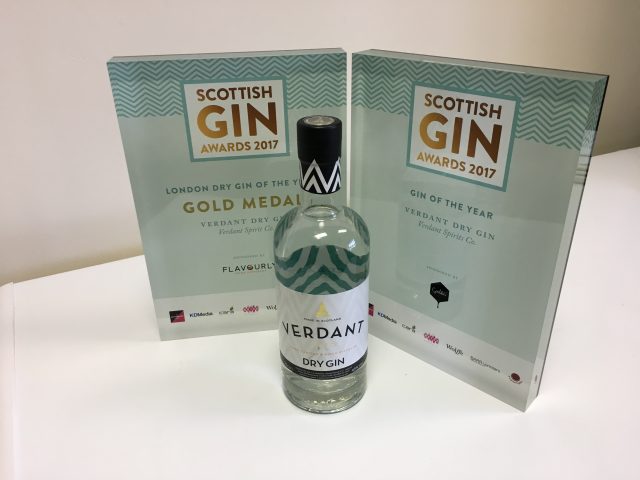 So, what makes it so special? It is aromatically juniper-led with fresh notes of citrus on the nose and palate with warm, earthy undertones of spice.  The blend of botanicals was inspired by Dundee’s rich trading history and reflects the routes once sailed by traders to and from the city.

It is made in such a way that you can drink it neat or on the rocks (it’s actually really tasty neat), or equally with your favourite tonic, or as the key ingredient in a great cocktail.

I felt really privileged to get a personal tour of the distillery, and like many of the distilleries we have visited, this had a great back story. After much to-ing and fro-ing, Andrew managed to secure the site of Verdant Spirits. The engine house of Edward Street Mill was built back in 1895 by a man called John Sharpe, when Andrew saw the original deeds he could not believe his eyes, as it was the same family who he had bought a house from in 2000 (now sold). So, the man who built the home of Verdant Sprits, was the same man who once lived in his former home, it was clearly meant to be. 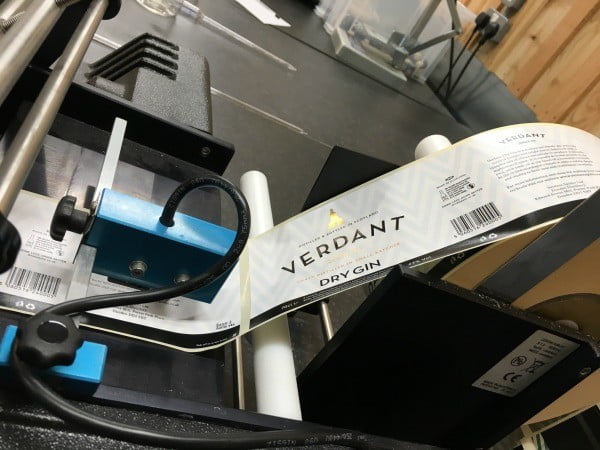 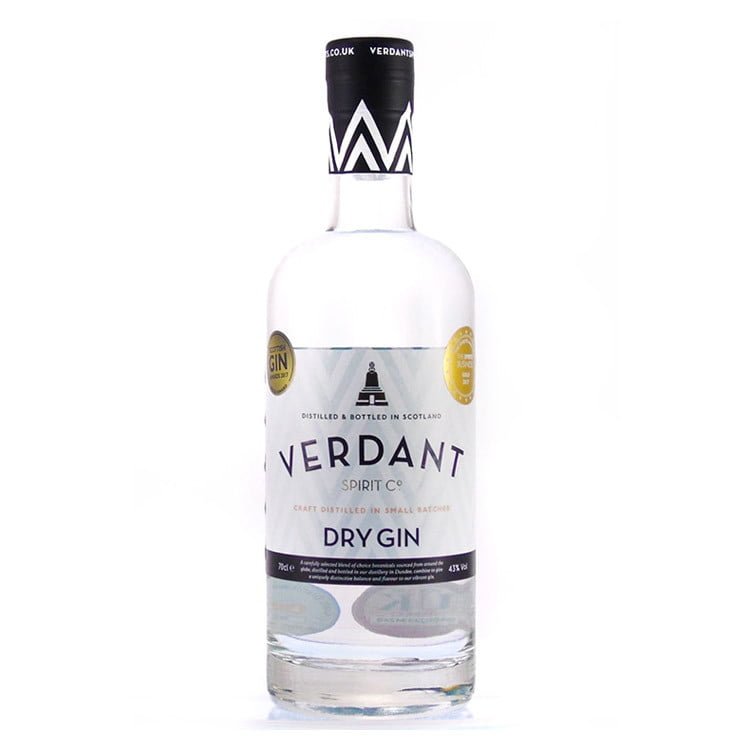 There are plans afoot to convert the listed building and accommodate a retail space and a gin school, as well as branching out in to other spirits with a nod to the seafaring history of Dundee.

Andrew is keen that the heritage of Dundee is borne out through the choice of botanicals, the Verdant brand, and its 500 litre still ‘Little Eddie’, named in homage to the distillery’s neighbour the Edward Street Mill.

You are probably thinking, what do fast cars have to do with this? Well, Andrew was once creative director at McLaren, so I think he is a bit of a James Bond!