Launched at Tiree Music Festival 2017, Tyree Gin was initially produced by Thames Distillers Ltd in London. Having the gin produced elsewhere but using local ingredients helped fund the renovation of an industrial shed in West Hynish in the southwest of the island and in February 2019,  after a break of 217 years, Tiree was once again home to an operational distillery.

Tiree Whisky Company Ltd was formed to preserve and promote the island’s whisky heritage, with a view to re-establishing the connection the island once had with the Scotch Whisky Industry.

​Tyree Gin is the second product released by Tiree Whisky Company Ltd and follows on from the outstanding success of The Cairnsmuir: a limited edition 19-Year-Old Highland Single Malt Scotch Whisky, named after an iron-screw steamer that ran aground off Hough on the Isle of Tiree in 1885 while carrying a 100-ton cargo of spirits and beer.

Tyree was a historical form of spelling for the island while the modern spelling of Tiree first appeared on a map of Scotland by John & Frederic Tallis in 1851. 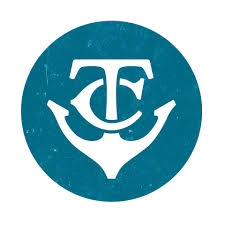