The Dornoch Distillery was founded by Simon and Philip Thompson, with the help of crowd-funding. Well known for running the family owned Dornoch Castle Hotel, the brothers have now turned their hand to making craft gin.

After months of testing and experimental batches, their Thompson Brothers Organic Highland Gin was released in 2017. The gin uses 10% of their own organic  floor-malted heritage barley spirit, which is slowly fermented and twice distilled. 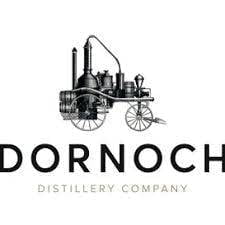