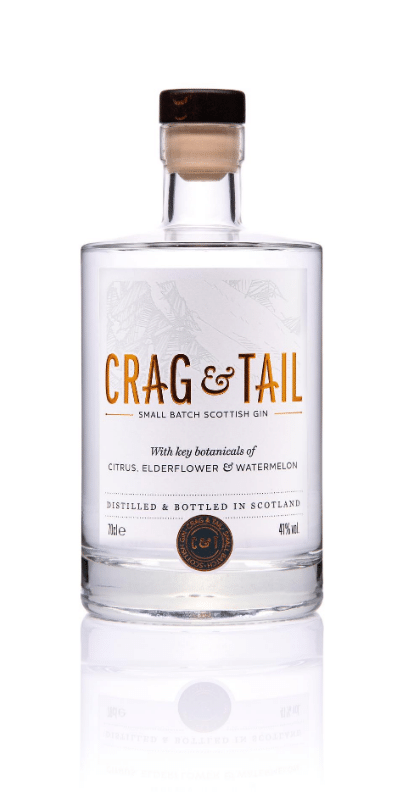 Back in 2016, Ramone Robertson and Gregor Maclean spotted a gap in the spirit distribution industry, especially given the surging numbers of craft Scottish Gin brands coming to the market, so they set up Huffmans, a craft spirit distribution service that now distributes numerous brands of gins and spirits from Scotland and beyond. In the course of their work,  they tasted what seemed like thousands of gins and they soon had an idea of the kind of gin they’d like to create themselves. Luckily, they knew a local distillery who was willing to help them create their vision (Distillutions in Angus) and so, Crag & tail was born.

The pair wanted to name their gin after something Scottish, but avoiding the ‘saltire and thistle’ approach. They know that the hilly formations found at Edinburgh castle and Dundee’s Law Hill caused by glacier movements are known as. crag and tail formations and the name stuck!

To create the gin, they provided the distillery with the botanicals that they wanted, throwing in the surprising addition of watermelon to include something interesting yet subtle to create a well-balanced gin. They prepared themselves for a long period of tasting and adjusting but were amazed that, after just 1 distillation, they held in their hands the gin of their visions.

Not content with creating a fantastic Scottish Gin, the pair have recently rebranded and released Crag & Tail in 2 new sizes (20cl and 5cl) to keep things fresh and to coincide with their new lifestyle accompanying the brand – Crag Culture. This will be an endeavour centred on getting people active in the outdoor scene – everything from hiking to skydiving, rock climbing to kayaking. Exhilarating stuff! 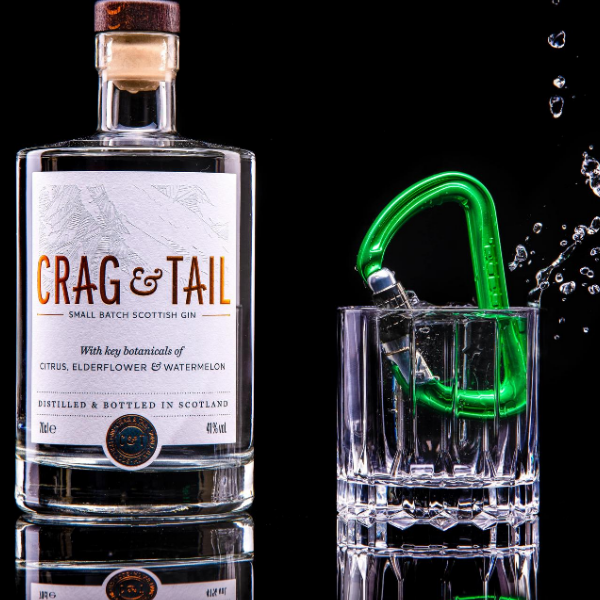 This well-balanced gin covers all the bases – you get sweetness from the elderflower, a citrus tang from the orange and lemon and a kick of spice from the juniper, cubeb and coriander. Try it with tonic and a wedge of lime – classic.

“Watermelon in gin you say? Well okay…” The addition of this unexpected botanical led us to expect something of a ‘flavoured gin’ from Crag & Tail, but we were very, very pleasantly surprised by this well-balanced gin. It delivers on the juniper fore, and yes, there is a fresh fruitiness, but you also get a welcome, warm spicy kick. Very nice indeed and not surprising this was one of the surprise entries into the Top 10 Scottish Gins in our poll. 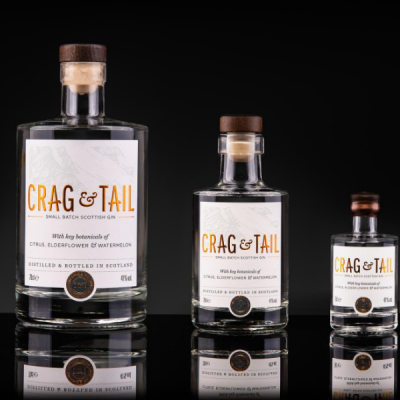 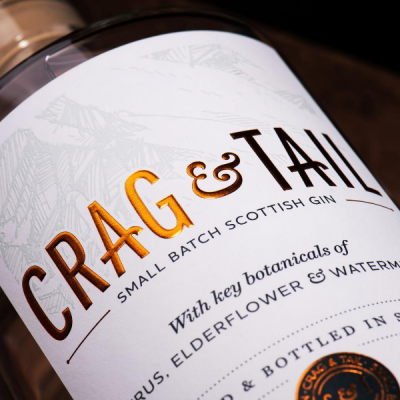 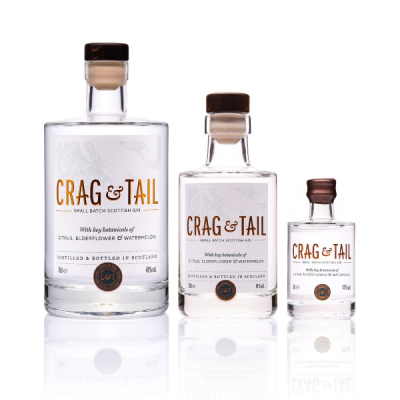 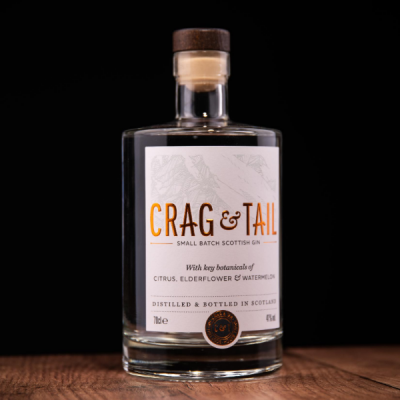