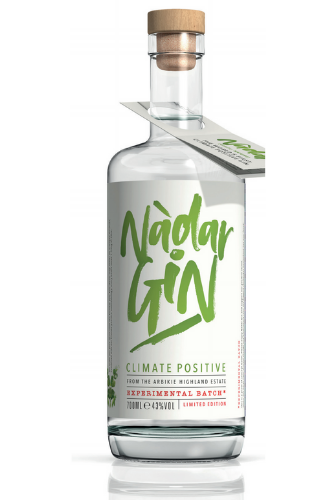 This is one special gin. Nàdar is Gaelic for ’Nature’ and reflects how Arbikie Highland Distillery harnessed the power of nature and science to create a world-first climate positive spirit.

But we shouldn’t be surprised that something this groundbreaking came from the team at Arbikie Highland Distillery, who created the distillery from scratch in a converted cowshed on their farm in 2014. Their first gin was Kirsty’s Gin, named after their master distiller, Kirsty Black. This was followed by AK’s gin named after Alexander K. Stirling, the father of the Stirling brothers, who was known as AK.

Arbikie is proudly ‘farm to bottle’, as all the spirits they produce are distilled from crops grown on the farm, potatoes, for Kirsty’s and wheat for AK’s. They try to use homegrown botanicals wherever possible, and as there is a scarcity of juniper in Scotland they have planted several thousand juniper plants.

But this most recent is something really special. With a carbon footprint of -1.54kg CO2eq per bottle, Nàdar Gin is at the forefront of fighting climate change and biodiversity loss – the biggest challenges humankind has ever faced. As a field to bottle farm and distillery, Arbikie is uniquely able to experiment and innovate by distilling unexpected crops as a base spirit and assessing their carbon impact. With the amazing help and research from James Hutton Institute and Abertay University, this is when the unassuming pea became the hero.

Growing the pea crop needs no nitrogen fertiliser, avoiding its negative environmental impact and the crop benefits the ecosystem by supporting pollinating insects and improving soil quality – aiding subsequent crops. Even the residue left over from the distillation processes can be used as a protein-rich animal feed, reducing the dependency on imported feed – it’s wider use could even solve Europe’s animal-feed eco-challenges!

All of this positive impact from a bottle of Scottish Gin, it’s truly exciting and innovative and a great demonstration of what the sector can achieve! 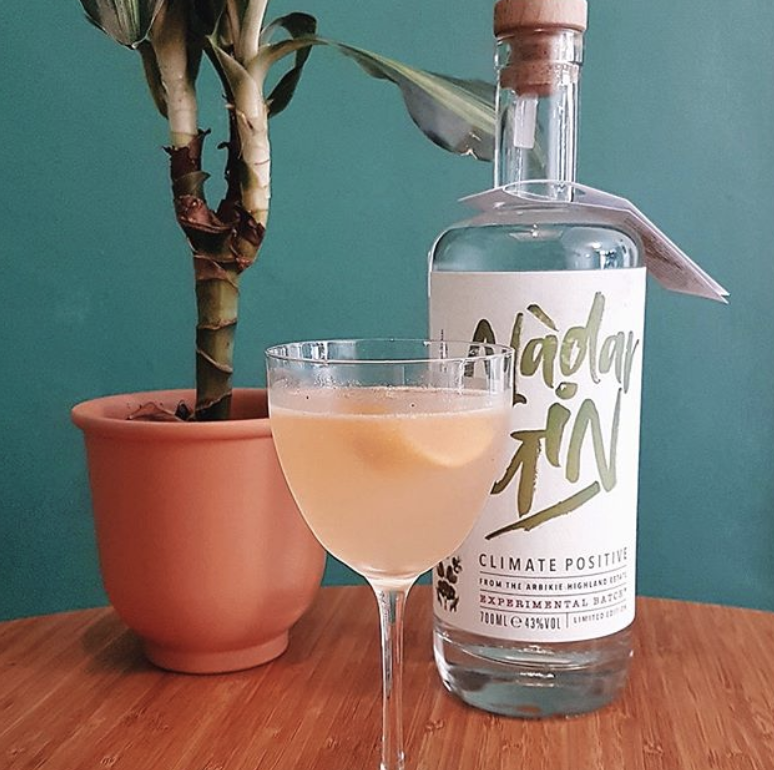 Smooth silky and refreshing with a fresh and zesty citrus aroma.

A climate positive gin made from peas, but does it deliver on taste? The simple answer is, of course, yes. The team at Arbikie know how to make a great gin and Nàdar Gin is no exception. Delightfully smooth, this spirit is full of zesty citrus flavours. We tried it with tonic and a simple slice of lemon on a warm sunny afternoon and it was perfectly refreshing, delivering a fantastic fruity punch! And we were helping save the planet! 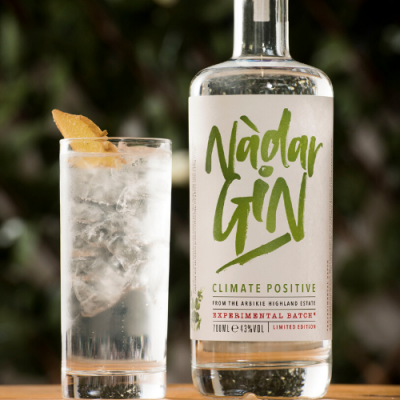 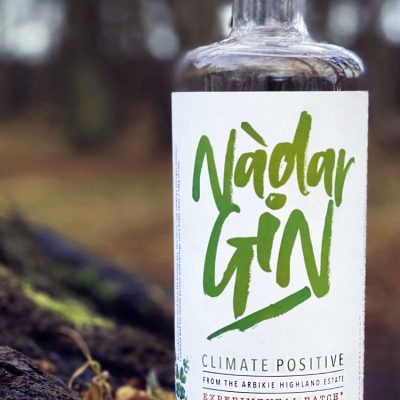 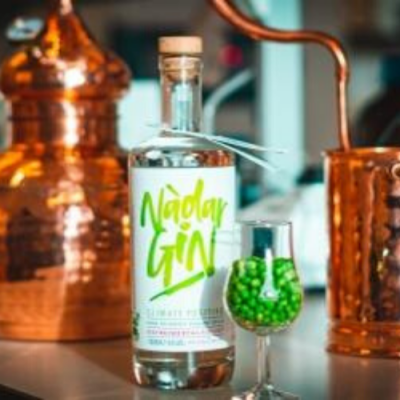